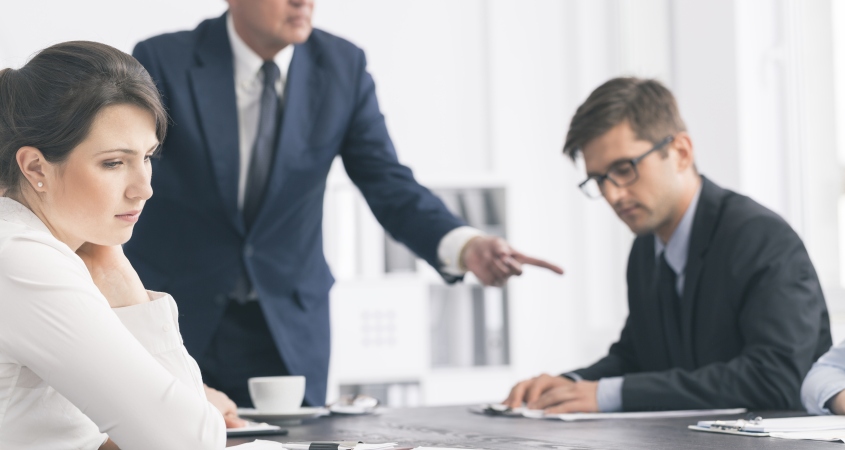 Ranking people by their social status seems to come naturally to us humans. Indeed, social hierarchies are ubiquitous across cultures and throughout human history.

Whether small-scale societies or industrialised nations, one can think of various hierarchical structures that have been the result of conflict and brute force. However, many forms of hierarchy are also the product of leaders being freely chosen. What isn’t well understood by social scientists is how people climb these more productive forms of hierarchy.

To put it another way, what strategies actually make a leader successful in modern organisations, and which of these is more successful over time?

Keeping in sync with the latest research, Daniel Redhead and his colleagues Joey Cheng, Charles Driver, Tom Foulsham and Rick O’Gorman have just published a study the journal Evolution & Human Behavior, that helps answer this question.

Two ways to the top

Before delving into the particulars of the study, we need to establish what scientists already know. What strategies are known by evolutionary psychologists to increase one’s rank in the social pecking order?

Firstly, there’s dominance– increasing one’s social status through intimidation, manipulation, and coercion. This type of leadership is ancient, and traces back millions of years to our primate heritage.

Throughout the natural world, animals which are the most powerful and menacing fighters are generally granted high status (if you’re not convinced, watch one of David Attenborough’s latest documentaries).

In the tree of life, human and chimpanzee lineages split off from their common ancestor approximately 5 to 7 million years ago. With this, both primate species took with them a proclivity for dominance hierarchies, and a psychology sensitive to dominance.

However, the story of leadership gets a bit more complicated when we home in on homo-sapiens. Unlike other animals, we are a cultural species. We need to be socialised, and depend on collective wisdom for our survival (how long would you be able to live on your own in the wilderness?). As a result, we seek leaders with the knowledge and skills that our group needs to succeed.

This path to leadership is very different than what you usually see in a wildlife documentary, and is aptly called prestige.

Intriguingly, research shows that both paths are equally effective ways of gaining status. That is, one can get to the top either through dominance, or by leading through prestige. What wasn’t known by social scientists is how these different strategies play out over time. In other words, which leadership style is more effective in newly formed groups, and which is more successful in the long-run.

Cue Daniel and his research team.

For a couple of reasons, Daniel and his colleagues suspected dominance wouldn’t be an effective leadership strategy over time.

We proposed that the context of time and place is fundamental to the nature of human dominance… Unlike non-human primates, physical strength and size are not necessarily the most essential determinants of victory during antagonistic contests between humans. The presence of allies and coalitions shrinks the perceived size and muscularity of a foe and the widespread development of lethal weaponry potentially neutralizes human physiological dominance.

Translation: we humans take out overbearing arseholes (tarnishing their reputation through gossip and ostracism. Or if stigma doesn’t do the trick, pelting rocks at them will).

The authors stress that there needs to be certain social and environmental conditions for dominance to be a viable way of gaining status. For example, if bullying and violence are prevalent in the social context one faces, then dominance may prove to be an effective strategy (indeed, it may also be an essential survival strategy).

Conversely, Daniel and his colleagues argue that prestige should be a universally effective way of gaining social status over time. Why? Because prestige is marked by the respect earned by others, which requires a leader to build and maintain a good reputation.

So how did they go about testing their hypotheses?

The researchers used newly formed groups of American students to see how effective dominance and prestige were over time. Specifically, these student groups were formed for an assignment, which counted towards their end of year grades.

In total, 263 students were randomly assigned to a mixed-sex group, and were followed over 16 weeks.

The researchers got these students to rate each other on their leadership styles, and what they thought their peers’ positions were in the social pecking order. They also completed surveys about themselves throughout the semester.

So what did they find?

Replicating previous studies, the researchers found that both dominance and prestige were a successful way for students to acquire status in these newly formed groups.

These results align with previous work that suggests that humans have a disposition to defer to those that they perceive as able and willing to confer benefits or harm, even among groups of undergraduate students, whereby fear and threat may not be particularly potent.

Critically however, dominance lost its sticking power in the weeks after the groups were formed. Conversely, prestige strongly increased students’ social status over the period of the semester.

With this experiment, the researchers were able to rule out an alternative explanation for dominance’s effectiveness: that dominant individuals are simply mistaken for being prestigious. Rather, the experiment clearly showed that individuals in unacquainted groups can gain status either through aggression and coercion, or by building respect through their skill and competence. These are distinct leadership strategies, which also had different trajectories.

Another insight gleamed from the study is that prestige and social status are a two-way street. That is, being a student high in prestige increased one’s rank in the social pecking order. However, promotions in social rank also bumped up one’s prestige a couple of notches. This was not the case for dominance, where ratings of dominance remained largely unchanged for those who gained higher social status.

Finally, the researchers found that although prestige and dominance have a negative relationship with each other, they are not entirely separate either. In other words, a leader can be both dominant and prestigious at the same time.

As is always the case, there are limitations to this study.

Like the majority of psychological studies, these experiments were conducted with American university students. However, we know that these people are really WEIRD. That is, they represent a slice of humanity who are Western, educated, industrialised, rich and democratic, who do not necessarily reflect humanity overall. Further experiments would need to be conducted cross-culturally to confirm whether or not these findings are universal.

The authors argue that as the students had a vested interest in making sure their groups performed well, these project teams paralleled work in the outside world of business and government. However I’m not so sure. For various reasons, I suspect students generally are not that invested in the outcomes of group assignments.

As Daniel and his colleagues note themselves, there may be contexts where dominant leaders are able to sustain their advantage over an extended period of time (for example, when working in large and fragmented organisations). Likewise, dominant leaders may deploy tactics to maintain their social rank, such as ostracising their competitors or modifying group structures, to prevent challenges to their power base.

These points aside, this study sheds light on aspects of leadership which had previously been left in the dark. What the study answered is not whether dominance is a successful leadership strategy, but when it is.

Contrary to what is taught in many business schools and psychology departments, dominance is an effective way of gaining status. Indeed, it is likely those who rise to the top of corporate and political hierarchies have a combination of dominance and prestige in their repertoire, and deploy both strategies when needed (think of Jeff Bezos for example, and imagine what it must be like working in his executive team… Did you experience a pang of fear?).

However, a domineering leadership style also comes with a hefty price tag; less satisfied employees, reduced creativity, and people rushing for the next exit. On top of this, we now have evidence suggesting that leaders high in dominance are less successful in the long-run. To put it bluntly, being a leader who’s an arsehole is unsustainable.

Or to frame it in the positive, we modern humans place a premium on prestige. Whether it’s your organisation’s leadership capabilities or your own development, make sure you invest your capital wisely.