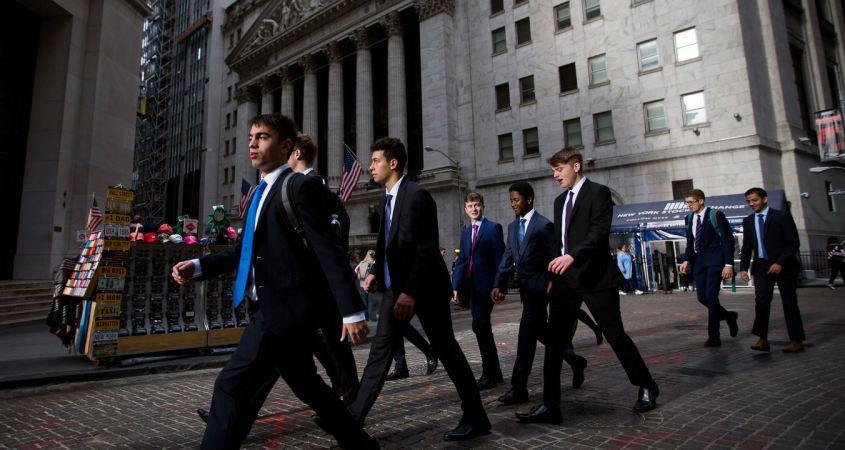 A defining aspect of our species’ success is our unusually high levels of cooperation. In particular, our ability to cooperate with others who are not related to us.

The scale of cooperation among humans is rare in the animal kingdom, and is strongly at odds with our closest primate relatives. Presented with this puzzle, scientists are still debating the evolutionary origins of our extraordinary prosociality.

Traditionally, evolutionary scientists have explained prosocial behaviour by modelling the evolutionary benefits to the individual (or more specifically, the individual’s genes). For example, prosociality can evolve among non-relatives based on reciprocation (‘you scratch my back, I’ll scratch yours’), or if altruists are deemed more attractive romantic partners (and therefore have more babies).

However, an emerging class of inter-disciplinary scientists are viewing our large-scale cooperation as a product of ‘cultural group selection’. That is, traits favouring prosocial behaviour can evolve via culture, due to the competitive advantage they bestow to a group. This is a type of cultural evolution, and does not involve natural selection working on genes.

Although the theory is well developed, empirical evidence documenting cultural group selection is only just accumulating.

To shed some light on the matter, economists Patrick Francois and his colleagues Thomas Fujiwara and Tanguy van Ypersele recently published a paper in Science Advances, exploring cultural group selection in the workplace and the laboratory.

What is particularly interesting about this paper is that the researchers analysed industry data to test their hypotheses. As stated by the authors; “Perhaps the most ubiquitous avenue of group-level competition occurring in contemporary settings is likely to be competition across firms.”

The authors used ‘generalised trust’ as their measure of prosocial behaviour (that is, answers to the question; “Do you think that, on the whole, people can be trusted or that you can’t be too careful in dealing with people?”). Their reasoning was that survey-based questions of trust reflect the level of pro-social behaviour individuals perceive of others around them.

The authors used a range of data sources to test their hypothesis.

Firstly, Patrick and his colleagues explored the relationship between the competitiveness of industries, and the level of trust employees report.

To do this, the authors used data from the United States’ General Social Survey, which includes measures of trust among employees. The competitiveness of an industry was calculated by the percentage of total sales in an industry not covered by the largest 50 firms.

You can see the relationship below:

Although a strong relationship between competitiveness and trust was identified, the authors note that this is weak evidence of competition increasing trust. As this data is correlational, it cannot explain causality. Likewise, it may be others factors which are driving this relationship, which haven’t been acknowledged.

To get round this conundrum, you’d need a naturalistic experiment where competition is increased within an industry, with levels of trust measured before and after this introduction.

It turns out such a natural experiment was provided by an episode of American banking deregulation.

Starting in the early 1980’s, several US states lifted restrictions which prohibited banks from operating in other states across the country. This deregulation increased the availability of credit, which in turn facilitated the creation of new firms- and therefore raised the amount of competition within these local markets.

Of particular interest to the researchers was that different states undertook the deregulation at different times.

What they found is that in the years after the deregulation was introduced, there were significant increases in levels of reported trust. As expected by the authors, firm competition increased with the banking reforms (with more firms created and subsequent business closures).

These broader impacts apparently continued for 10 years after the deregulation was initially introduced.

Survey data from German employees was also analysed as part of the study, as this allowed the researchers to observe how trust is impacted when workers move to more competitive industries. Similar to the data from the US, Francois and his colleagues found that German workers who moved to more competitive industries reported higher levels of trust.

Although these observational findings provide considerable insight, there are also limitations to this approach.

Fundamentally, using observational data means you can’t be sure of the effect you’ve found, or that you can confidently rule out alternative explanations. To get around this, the researchers also conducted laboratory experiments.

Back to the lab

These experiments were conducted in France, and tested whether changes in levels of competition across groups would impact trust and cooperation.

A strategic economic game called the Public Goods Game was employed for the experiments.

Participants were placed into pairs, and were allocated to one of two versions of the game. The first was a standard version of the game, with no group competition.

For each version of the experiment, 20 people were placed into groups of 2. Each player was given €10 per round. Participants were given the choice on how much they wanted to contribute to the ‘collective pot’, which would benefit both group members equally.

The game presents a dilemma. By the end of each round, the collective pool is increased by 1.5 times. Although good for the group overall, this means each individual’s contributions is actually a net cost (providing €0.75 for every €1 they contribute to the pot).

If your objective is to maximise your own earnings, then the best strategy is therefore to contribute nothing. However, this undermines the greater success your group would have if both of you cooperated and contributed more money.

Individuals were paired anonymously, and were told the outcome at the end of each round. They were then paired with a new partner, and played a total of 19 rounds. Participants were asked some questions after the experiment, with the main one being generalised trust.

The second condition of the experiment was the same, but with a twist.

As what almost always happens when playing the standard version of the Public Goods Game, the researchers observed declining contributions as the game progressed. Initial contributions were also low, with participants chipping in just over €2 for the first round on average.

However, there was a big difference in the second ‘competitive’ condition. As the graph below illustrates, group competition induced significantly higher contributions to the collective pot, which was sustained across all of the rounds.

Contributions in the first round were also twice as high with group competition, and stayed higher throughout the game.

Instead, Patrick and his colleagues argue these findings show cultural group selection at work; “mimicry of the actions or norms in successful groups leading to diffusion of those norms into the broader population.”

The theory that evolution works at the level of the group, rather than the conventional level of the individual, is controversial. Likewise, there is no clear consensus among scientists regarding the importance of group selection (also known as multilevel selection) to evolution.

Although less contested than its genetic grandfather, cultural group selection also remains controversial, and not everyone is convinced.

It’s not clear what, if anything, this paper has to do with ‘cultural group selection’. Virtually all theories of cooperation predict that people will cooperate (trust) more when the returns to cooperation are greater. 1/n https://t.co/9zsIX9Kg7g

Oliver Curry made some valid points on Twitter, outlining potential limitations of the study’s design and the inferences made by the authors.

Can the data presented be best explained by cultural group selection, over and above other well established theories of cooperation (such as mutualism)? As the connection to theory within the paper isn’t made clear, it’s difficult to answer this question.

What isn’t obvious to me is why external competition would increase trust per se, rather than cooperative behaviour by itself. Oliver Curry argues that cooperation and trust are not separate, and that trust is simply the expectation of cooperation. However, there is experimental evidence suggesting that they are indeed distinct concepts, and that is it useful to separate them.

In a subsequent Twitter exchange, Tim Waring also acknowledges the studies limitations, but argues the study does ultimately support the authors’ conclusions.

The point is that humans can undergo group selection on behavior rapidly because *that behavior is culturally mediated.* So, yes, this *does* give us evidence for cultural group selection, or more transparently: “group-level cultural selection.”

Despite the critiques of this particular study, cultural group selection arguably offers a powerful explanation for the evolution of large-scale human cooperation. Although traditional evolutionary theories explain much of human cooperation, they don’t seem able to explain how a hominid species that evolved for life in small groups came to develop chiefdoms, nation states, and the modern corporation.

For the purpose of this blog, I assume the majority of business practitioners aren’t particularly bothered about the underlying evolutionary theory. Regardless of the best scientific explanations available, it’s evident that greater external competition increases prosocial behaviour within groups.

This knowledge could be used to increase trust among employees and to make groups more productive. This may be achieved by changing group structures, and rewarding teams as opposed to individual outputs. Similarly, businesses may want to foster an organisational culture where considerable attention is focused on the threats posed by external competition.

However, it’s easy to see how such knowledge can also be abused. Many leaders seem to intuitively grasp how external threats influence behaviour, with the potential for manipulation. As an extreme example, one can be cynical and think of dark triad world leaders who may be tempted to wage war as a means of boosting their political support (no need to mention names here).